Bishop Mark, a former Selection Secretary with the Ministry Division, served in parishes in the of Dioceses Blackburn and Ripon & Leeds before spending ten years as Suffragan Bishop of Horsham in The Diocese of Chichester. He returned to Mirfield, where he trained, in Autumn 2019.

Fr Peter joined the Community of the Resurrection in 1982 after serving in parochial ministry in the dioceses of St Albans and Oxford and as chaplain of Wadham College, Oxford. He studied music at Oxford and theology at the College of the Resurrection. His current research centres on the role of the western chant tradition in the articulation of Christian doctrine. He is sub-warden of the Guild of Church Musicians.

Dorothea or Dorothee (pronounced as Dorotay) joined us in 2016 as Mirfield’s in-house Biblical tutor
Originally from Switzerland, Dorothea studied “evangelische Theologie” in Bern (with an exchange year in Oxford) before being ordained and serving as a minister in the Swiss Reformed Church for some seven years in both urban and rural settings. Since 2007 Dorothea has lived, studied and worked in England and has found a new spiritual home in the Anglican church.

After completing her doctorate in 2012 on Paul’s political theology under the supervision of Prof. Barclay and Prof. Insole at the Theology Department in Durham, she taught New Testament Studies there for a few years. She has a particular interest in Pauline theology and ethics, in reception history and the interface between exegesis and systematic theology. Her monograph “Bowing before Christ-nodding to the State?“ is published in the Library of New Testament Studies, Bloomsbury. At present she researches Paul’s theology of suffering.

Tony joined the College of the Resurrection in 2018, having previously taught philosophy and theology at Heythrop College, University of London, since 2004. He is a specialist in social theory, philosophy of religion, continental philosophy, and religious-non-religious dialogue. Prior to joining the Society of Jesus (Jesuits), he studied biochemistry and physiology at the University of Sheffield. After his studies, he worked for a year as a pastoral worker in a Lay Christian community in the inner city of Liverpool.  On entering the Jesuits in 1987, he underwent the Jesuit pre-ordination training of Novitiate, Philosophy, Regency (pastoral placement for 2 years) and Theology, and was ordained deacon and later priest in 1999. He completed his Jesuit formation in Mexico and Columbia in 2007-2008 in a third year of novitiate (‘Tertianship’). He became an Anglican in 2014, was married to Gisela in 2015, and was licensed to the parish of St. Mary and St. Eanswythe in Folkestone in 2016. Later that year, he was also offered a Max Planck Research Fellowship at the Max Weber Kolleg at the University of Erfurt, Germany. As Dean of Pastoral Studies he has a key role in the formation of students within the College. Tony also oversees pastoral placements for all College students.

Ben joined  us in 2005 after serving in parishes in Cornwall and Northampton and then as Solway Fellow and chaplain of University College, Durham. He was educated at the universities of Durham and Leeds, gaining research degrees in history and in theology. His research interests include the concept of mystery in western liturgy, liturgical theology and the properties and function of liturgical text. As a former student of the college, Ben has been a companion of the Community of the Resurrection since 1995. His publications include contributions to the Mirfield symposium Priests in a People’s Church and Companion to Common Worship vols 1 & 2 (Alcuin Club/SPCK), as well as a number of journal articles and reviews. Since 2005, he has co-authored three Alcuin liturgy guides, and co-edited two recently published books; one on the life and thought of Walter Frere for Canterbury Press and the other entitled The Study of Liturgy – an Alcuin Guide. Ben is the Dean of Chapel and the Director of the Mirfield Liturgical Institute.

The Revd Gill Johnson
College Secretary and PA to the Principal 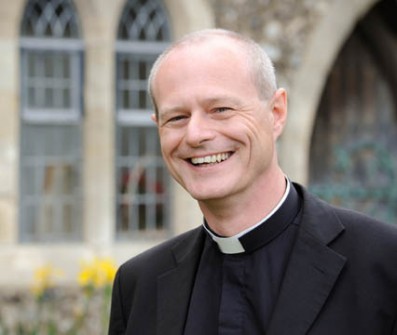 “It is a great privilege to teach and, indeed, to learn from, those preparing for priesthood at the college.”
The Revd Dr Ben Gordon-Taylor